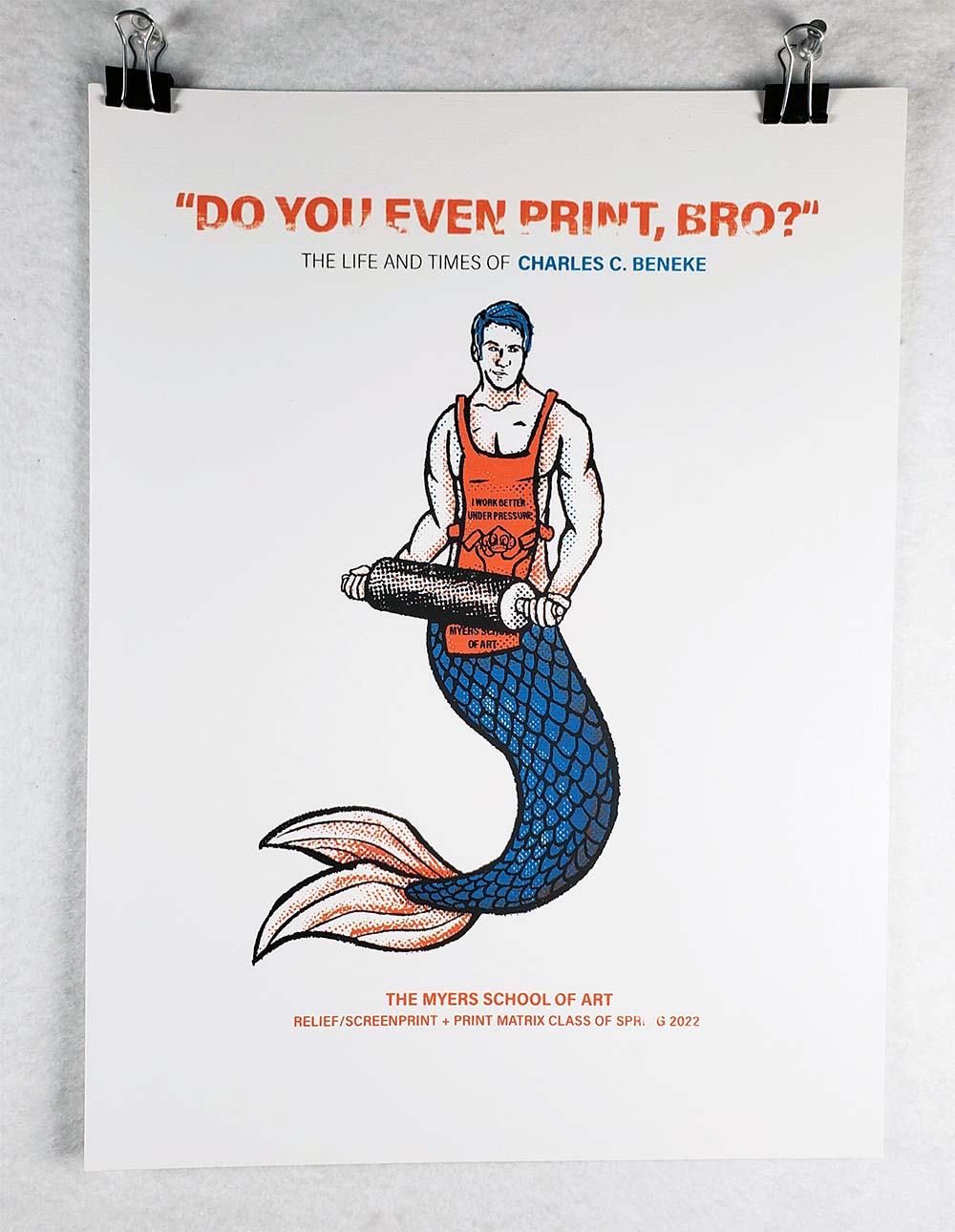 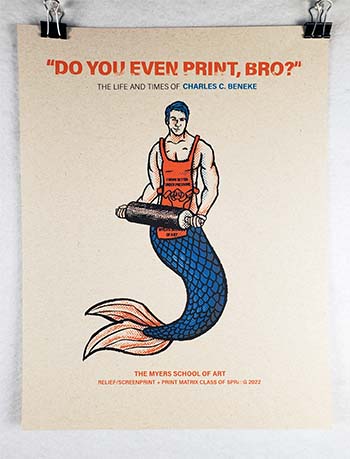 A farewell gift to Professor Charles Beneke as he left on sabbatical for a year. A continuation of the Fish People series, it depicts Charles as a buff merman lifting a roller. T-shirts were also made, though the plastisol inks used ended up causing issues when printing the orange layer on paper, which can be seen in the text.