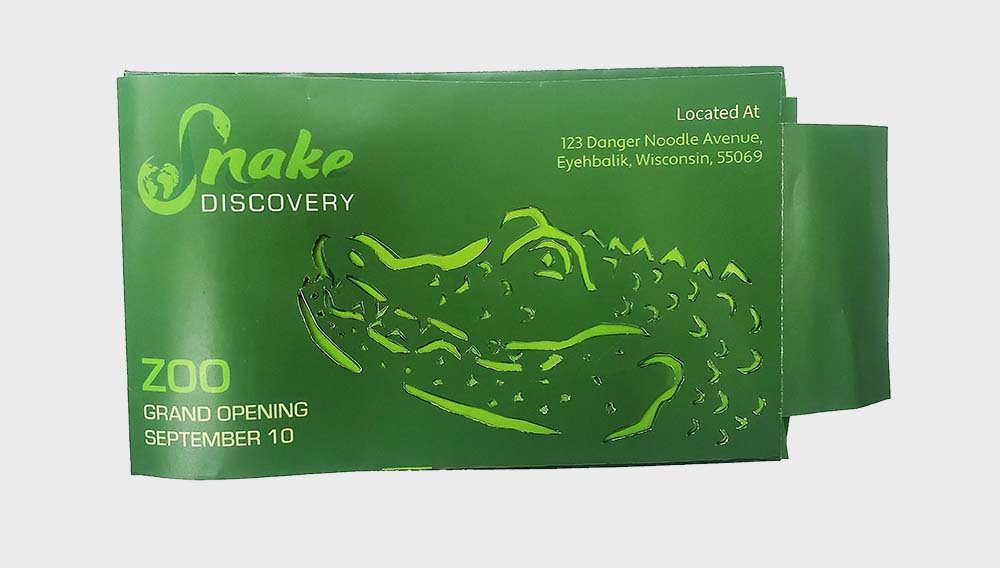 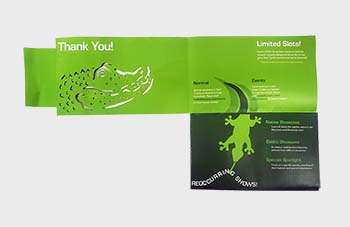 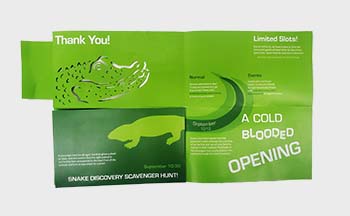 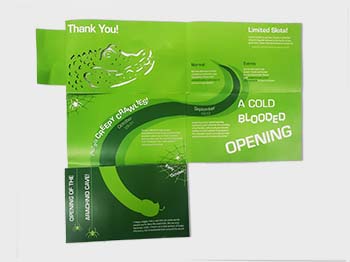 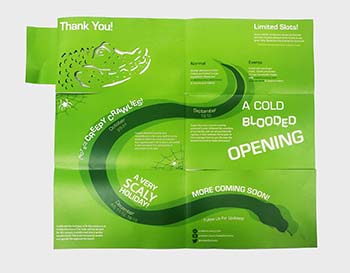 For this project, students selected a company and designed a folding self mailer to promote at least 3 major events and 5 minor events. The mailer was limited to the use of two pantone colors and had to comply to USPS standards for self mailers. Any type of folding was allowed, and other elements such as die-cuts or 3d elements were encouraged.

This self mailer was designed for the company Snake Discovery, promoting the opening of their new reptile zoo in the fall. Snake Discovery markets heavily to kids and families, which was kept in mind during designing. The goal was to create a self mailer that would be fun for children to open, which was done through interactive elements such as die cuts and illustrations that extended across folds. The typography was also fun and whimsical to appeal to children.

The cover of the self mailer is intended to feature a die-cut of Snake Discovery’s most popular animal, an American Alligator named Rex. However, due to concerns with Covid-19, the die-cut could not be completed. Black outlines indicate where the die-cut is intended to be.